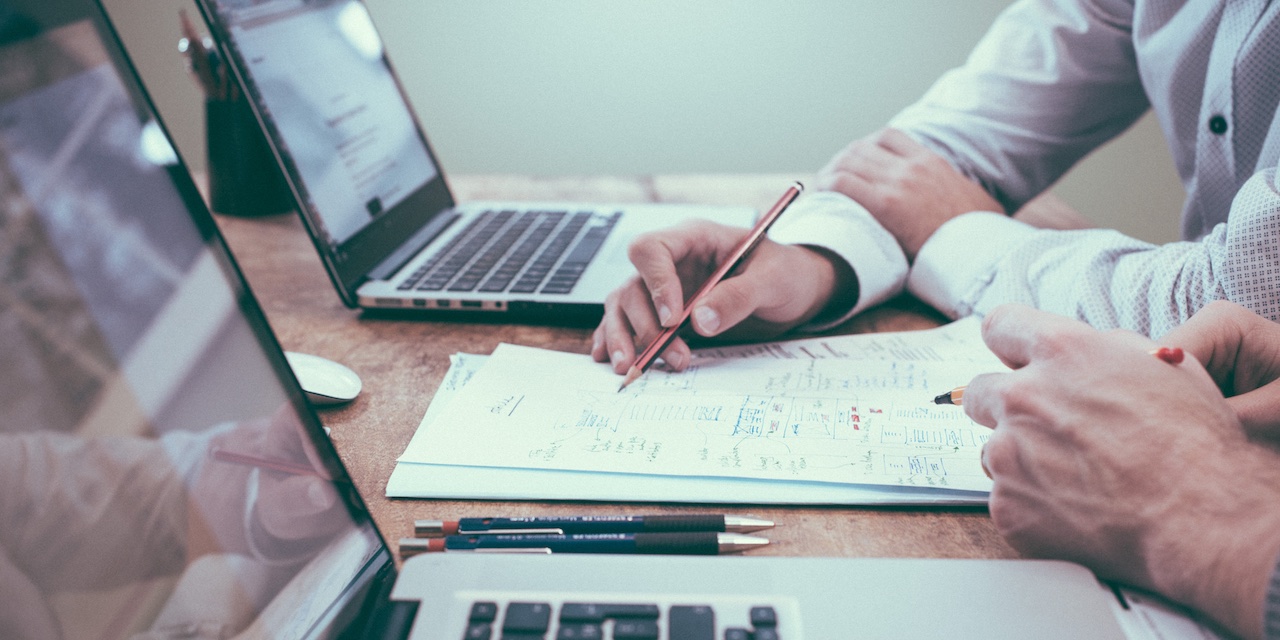 Law in eCommerce: B2C pricing strategies vs. the arrival of the 'Omnibus' directive

The EU will soon be implementing new guidelines, the so-called Omnibus Directive - check how this will affect your online retail. 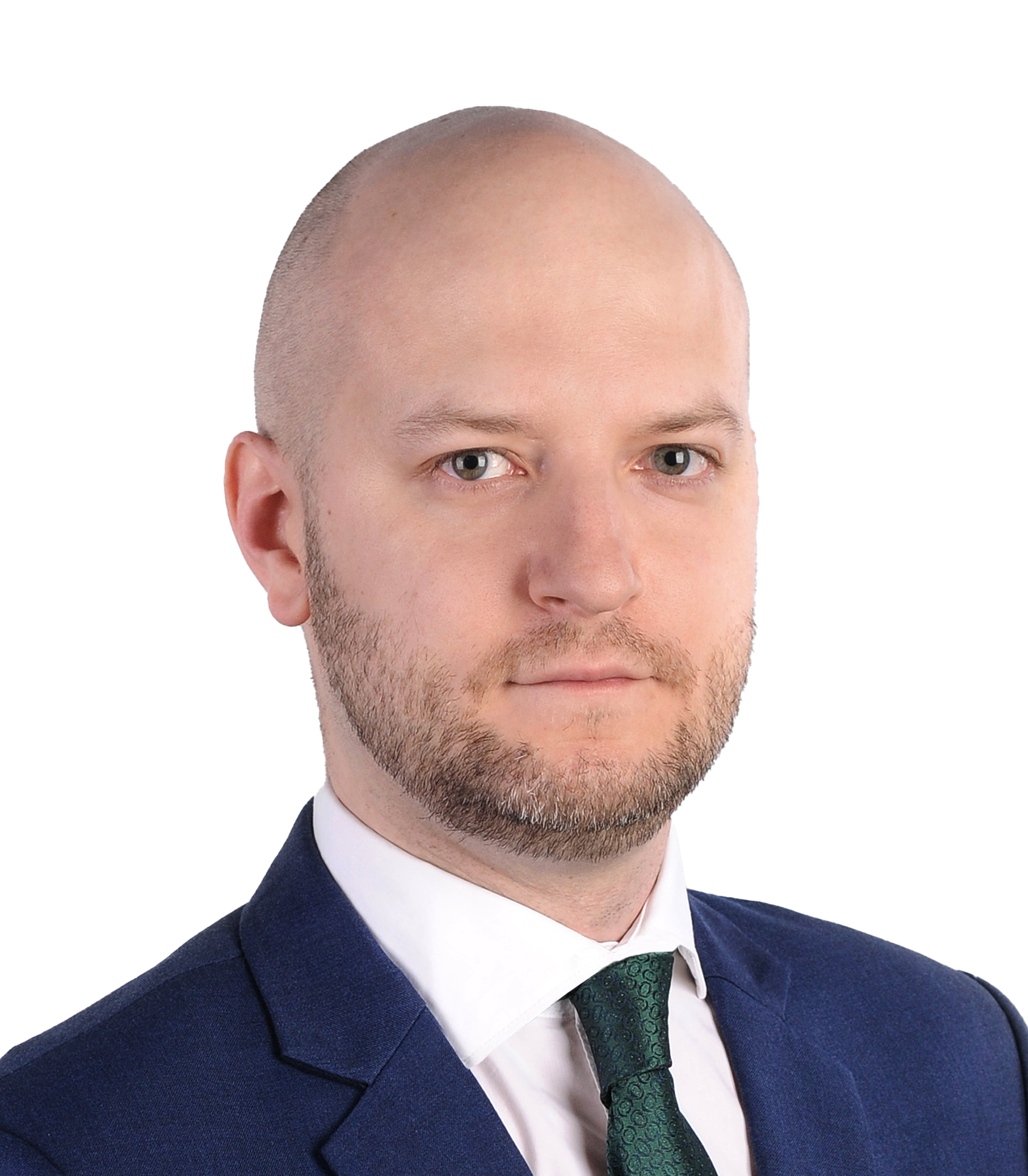 Discounts are driving consumer decisions. This trivial truth remains timeless, especially as far as online marketplaces go. The magnetism of price reductions makes pricing strategies a "must-have" for modern businesses. As the data shows, promotions and discounts encouraged as many as 89% of online shoppers to complete their purchases. One has to admit that this figure is really impressive.

With great power (of affecting consumer decisions) comes great responsibility (enforced by the consumer protection law). The pricing strategy tools, though - if abused - might bring a risk of their user being targeted as "guilty" of unfair commercial practices by the competition and consumer protection authorities. If the abuse lasts long enough and is widespread beyond what is reasonable, it often brings new legislation (and powers for the authorities to enforce and impose fines).

We are facing one such new legislation on the horizon. To put it bluntly, there is a game-changer coming and any EU-targeted online marketplace should take it into account.

The new regulations will affect the seller information sent to consumers during announcements of price reductions.

The Enforcement and Modernisation Directive 2019/2161 or the so-called "Omnibus" directive shall ship to all EU-based jurisdictions by May 28th, 2022 at the latest (with the full name being anything but user-friendly):

Let us explore in this article what the new rules mean for the future of trade - both online and traditional. We will do that by answering the most basic questions: what? when? why? where? who? and how?

What are the most significant changes in terms of price reductions?

The short answer to the question above is the ways the price reductions are announced. The long answer is encoded within the words of the EU legislator:

“Any announcement of a price reduction shall indicate the prior price applied by the trader for a determined period before the application of the price reduction.”

“The prior price means the lowest price applied by the trader during a period not shorter than 30 days before the application of the price reduction.”

Splitting the above into legal atoms, we should consider the following elements:

The idea sounds simple enough. The devil, however, is in the details, therefore let us move to the next big question. 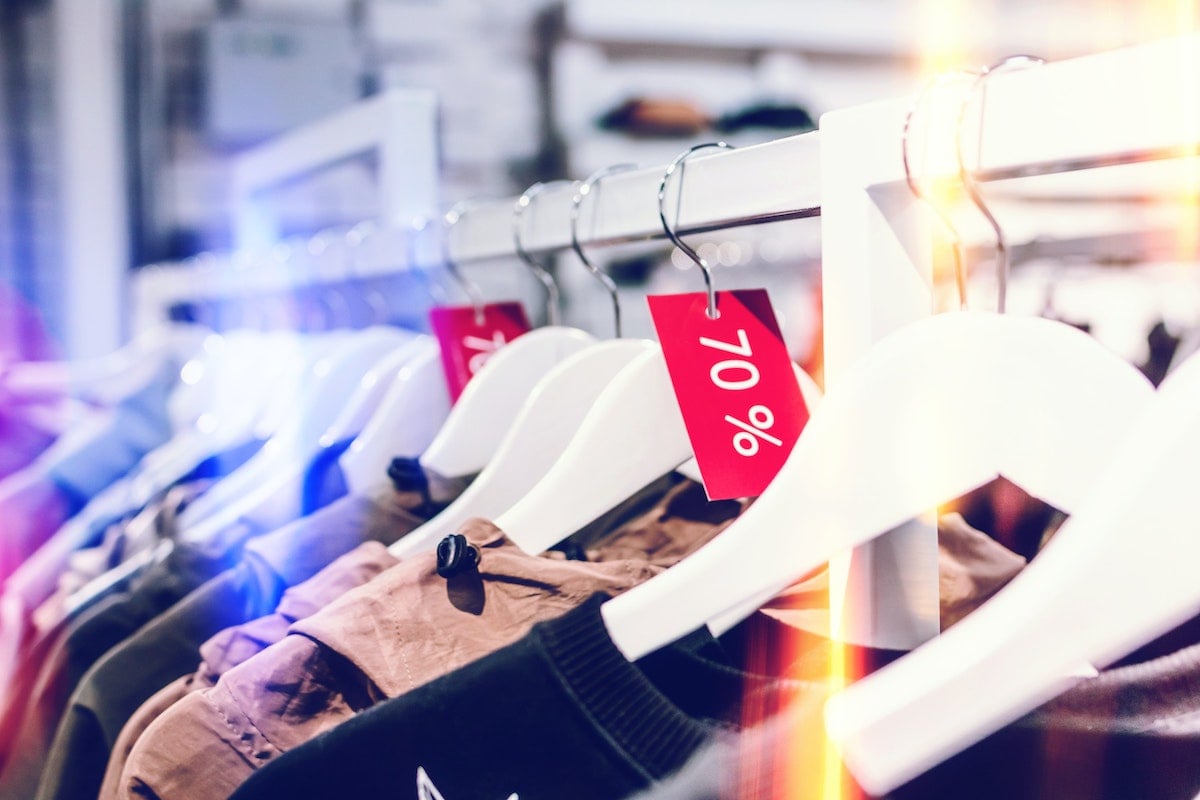 How do the directive change price reduction announcements?

The language of EU directives is far from being precise. The one in question is no exception - Omnibus has already received multiple-page "guidelines" announced before the regulations of the directive were implemented.

Also, preparatory works concerning implementing the law in the Polish parliament brought 100+ pages of remarks and reservations made by various players in the retail sales market.

To translate the language of the regulation into practicalities of online trade, let us try to decode the more relevant parts by using examples already provided by the authorities themselves:

As to what "price reduction" is within the meaning of the new laws - the guidelines mention the following examples (the list is not exhaustive!):

As to what is not considered a "price reduction" regulated by the new laws, the guidelines mention factual price reductions put in the following context:

As to what a "prior price" is - it should be any previous "reduced" price during the 30 days, The guidelines provide the following example: "where the price reduction announcement is "50 % off" and the lowest price in the 30 previous days was EUR 100, the seller will have to present EUR 100 as the "prior" price from which the 50 % reduction is calculated, even though the last selling price of the good was EUR 160".

Other reference prices can be provided, as long as they do not mislead the customers: e.g. "a trader that practices price reductions more often than once every 30 days could additionally inform the consumer about its other previous prices as follows: "20 % off from [starting date] to [end date]: EUR 80 instead of EUR 100, our lowest price in the past 30 days. Our regular price, outside promotional periods, during the past 30 (or 100 days, etc.) was EUR 120".

If the new directive is not observed, the authorities might impose fines. The bar is set up relatively high - expressed as a % of the trader’s annual turnover in the EU Member State (or the Member States) where the breach occurred, or up to €2 million in cases where information on turnover is not available.

In fact, the change described above will affect three entities:

The short answer is - as extra means of protecting consumer rights, especially in terms of transparency.

This new consumer protection legislation seems to be particularly targeted to combat the example of short-term price increases made only to announce price reductions shortly thereafter - a practice condemned by the consumer protection authorities, in particular during events like Black Friday.

When is the change bound to happen?

The regulations are introduced to EU Member States' legal systems via an EU directive. The nature of such a directive is that it is not effective directly as a law, but rather sets a deadline for each EU-based parliament to implement national law on their own before a specified deadline.

The directive in question requires the member states to have Omnibus-based regulations come into force on May 28th, 2022 at the latest. Quite frankly, the corresponding national laws should have been published in the EU countries before November 28th, 2021 but many countries, Poland included, are delayed.

We should expect though that May 28th will be a final call for EU countries to implement changes in pricing strategies. The Reader is advised to consult the lawyer in the jurisdiction of their interest for further information.

Where will the change take place?

The law is to be implemented in EU countries. For practical purposes, it should be assumed that all EU-consumer targeted content will be affected, even if traders have their seats outside of the EU.

Beyond prices - other changes brought by the Omnibus directive

This article discusses only one of the multiple changes that sellers (in particular online marketplaces) will be facing shortly due to the Omnibus directive. There are more incoming, however, they go beyond pricing strategies.

Among those changes, one will find an explicit legal ban on outsourcing the creation of fake /distorted consumer reviews, an obligation to employ verification mechanisms while publishing such reviews, an obligation to provide information whenever personalized pricing and automated decision making applies, additional information duties whenever ranking mechanism is employed on an online platform and many others.

The Reader is invited to stay tuned to more articles in this regard.

Get free access to our selection of news, updates, pieces of not only logistic content and many other carefuly selected information. One mail each month, so much valuable knowledge that will stay with for a long time. 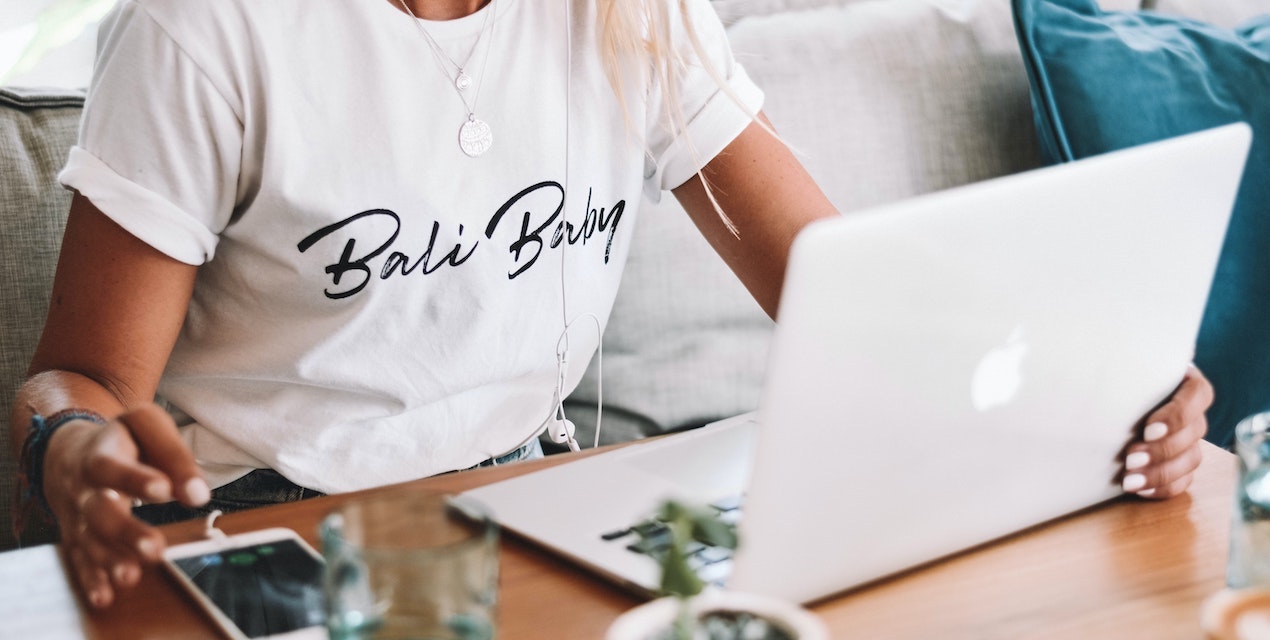 If you were wondering how to write a good purchase confirmation message, we have a post that will make things clear! Go on, and read it now... 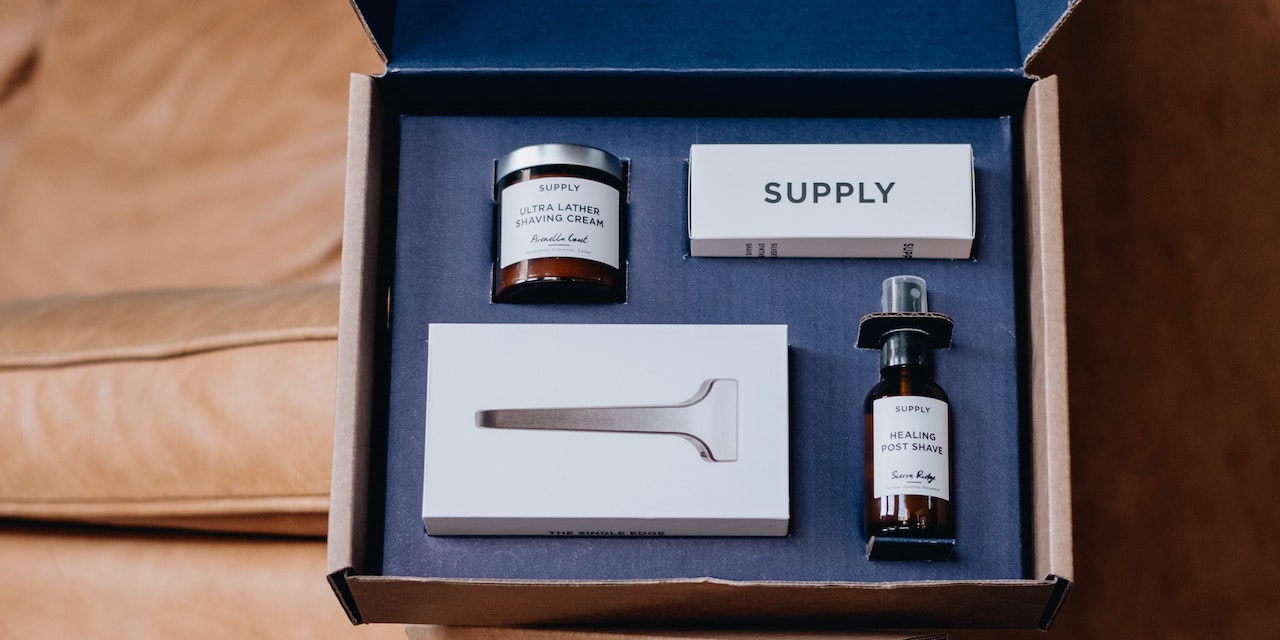 Subscriptions boxes: how to run this business model successfully?

If you're wondering if the subscription box business model is right for you, check out today's post! 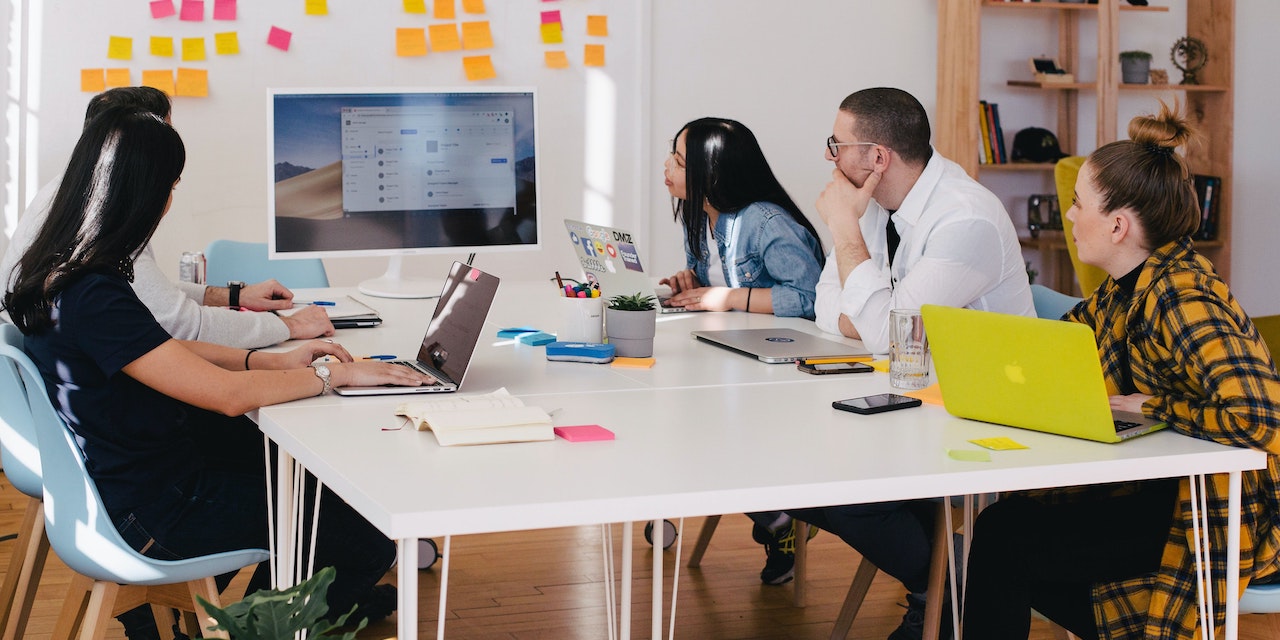 Key indicators: what to measure in eCommerce?

Do you remember the time when Google Analytics was a sufficient tool to draw conclusions for an online shop? Those days are over, so let's ...